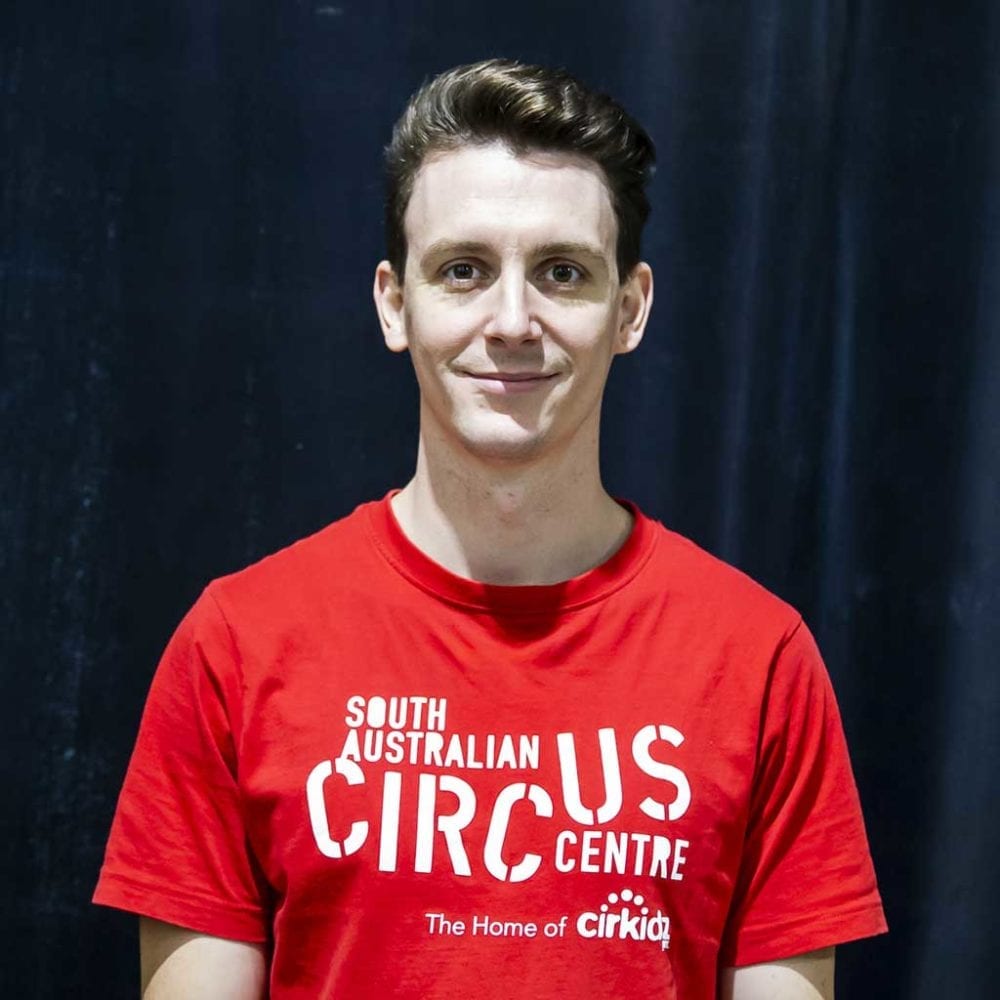 Russell started gymnastics and dancing at the age of 3, where his love for the arts and all things sparkly was formed. Soon after, he became a national trampolinist, winning the national title in both Individual and Synchronised trampoline. After high school, Russell left to teach Circus in New York, where his love for Circus Arts grew over 2 years. He found his second home at SA Circus Centre shortly after, where he teaches Kids, Teens and Adults general circus, but has a special love for aerial arts. You’ll often find Russell busting out some awesome Ninja training.